South Africa Apartheid – EXPELLED from FIFA on 16 July 1976 at the FIFA congress in Montreal.    But it took 25 Years to EXPEL apartheid South Africa from FIFA because of “help” from white European dominated FIFA.  When the anti-Apartheid football federation SASF got close to expelling  SAFA the apartheid association made minor amendments to its rules and changed its name to the Football Association of South Africa (FASA) in 1956 to avoid expulsion from FIFA.

But it is FIFA president Sir Stanley Rous, who is best known for his avid support for the successor of  the apartheid-era Football Association of South Africa (FASA) which  had been admitted to FIFA in 1952, but expelled from the Confederation of African Football (CAF) in 1958.    FASA was suspended from FIFA in 1961 after failing to fulfil an ultimatum regarding anti-discrimination rules.

In 1963, the suspension of FASA was lifted after Rous travelled to South Africa to “investigate” football in South Africa, and lied to Congress claiming that the game could disappear in South Africa if the suspension was not lifted.  This was after the Football Association of South Africa (FASA) with the support of Rous proposed playing an all-white team for the 1966 World Cup finals in England and an all-black team in 1970 World Cup.

Racist white South Africa celebrated but the euphoria was short-lived.   At FIFA’s 1964  annual congress, held in Tokyo just after the Olympic Games, a greater turnout of African and Asian representatives led to South Africa being suspended again in controversial circumstances. 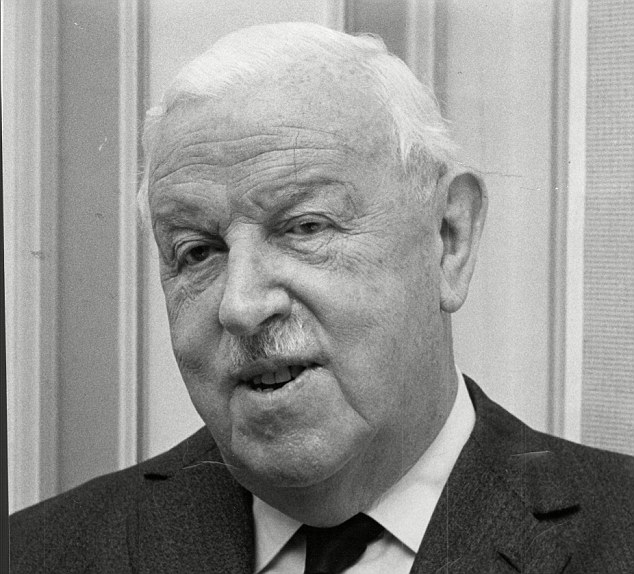 Rous was forced to back down after CAF members made it clear that they would all withdraw from FIFA at the 1966 FIFA congress in London.  Rous stood for re-election as president of FIFA in 1974, but was defeated by the vigorous canvassing by SASF and its supporters in the anti-Apartheid movement world wide, as well as Brazilian João Havelange, and Pele  in the context of discontent of other nations at white European colonial domination of FIFA as well as opposition by African & Asian countries due to the pro-apartheid stance of Rous.

In 1974, Dr João Havelange defeated Englishman Sir Stanley Rous for the presidency of FIFA. Havelange became the first non-European to hold the post. He, SASF & the Anti-Apartheid movement lobbied in 86 different countries for the presidency, often accompanied by Pelé. Sports marketer Patrick Nally said that “Havelange had seen the future…he knew that if he became the president of the only federation already running its own high-profile world championship then he would involve developing nations, and make football a genuine world wide sport.

Havelange promised to expand the World Cup, and introduce a youth World Cup that developing nations might be able to host.  Threatened by Havelange’s international campaign for the presidency Rous sought ‘the help’ of millionaire Horst Dassler, then managing Adidas’ French subsidiary to help his campaign. Dassler engaged in intense “lobbying” of the delegates at the 39th FIFA Congress, in 1974. But Havelange won by sixteen votes, thus white colonial supremacy of FIFA was defeated.

Apartheid SA was finally expelled from FIFA two years later (and 12 years after Sir Stanley Rous successfully lied to the FIFA congress to prevent the expulsion resolution being passed) at the FIFA Congress in Montreal on 16 July 1976 by 78 Votes to 9 with President of the English FA Sir Harold Thompson (former teacher of Margaret Thatcher) the only person speaking against expulsion.

The Football Against Apartheid campaign to peacefully end apartheid will without doubt prevail and we WILL EXPEL apartheid Israel from FIFA.   But we must try to do it before another massacre of 551 children die (July / August 2014)  whilst sleeping peacefully in the beds or playing football on the beach or on their rooftops.      You are herein invited to join the football campaign to end apartheid – the worst and most deadly manifestation of racism.      We succeeded against overwhelming odds by expelling apartheid South Africa and with your help we will peacefully expel Apartheid Israel and end Israeli apartheid in Palestine
Bank Details for Donations:
Account Name: C. Foster
Account Number: 03131769
Sort Code: 20-92-63

Kobi Snitz on Boycott from Within: Israeli Support for BDS

“Support From Within: Israeli Participation in the Palestinian Struggle  – from demonstrations to BDS, from Matzpen to Anarchists Against the Wall  (AATW) – and the legacy of the Bund”... Read More

The good people of BDS Norfolk were in high spirits before opening game of the 2015 football season and The Canaries were in full song, with the launch of... Read More

Millions of people across the world will be watching FIFA as it appears to have, with the help of the FBI gerrymandered the most important vote at FIFA congress... Read More