Vyara Gylsen’s article in Europalestine (https://europalforum.org.uk/en/post/1093) is well worth a critical look, whether scholar or activist.  Reproduced here in full by FAA 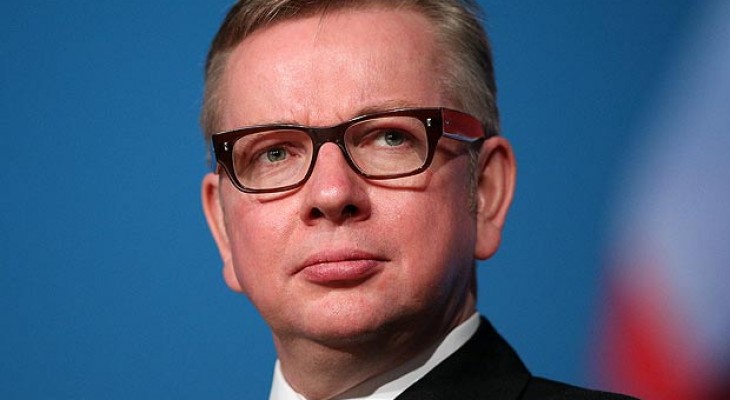 Last  Monday, Conservative MP and Britain’s Secretary of State for Justice Michael Gove remarked that anyone involved in the boycott, divestment and sanctions (BDS) campaign against Israel “is committing a crime worse than apartheid.” His statement was made during his honorary speech at the third annual gala celebrating the top 100 People “Positively Influencing Jewish Life” in 2015, where he was also honoured.

Gove is one of Israel’s most vocal supporters in Westminster, in what is considered to be one of the most pro-Israel UK governments in a generation. In his statement, he is again painfully reaffirming Britain’s hypocritical stance in regards to the Israeli-Palestinian conflict.

He not only compares a non violent movement endorsed by the International Court of Justice to a crime worse than apartheid, but also unwittingly seems to admit that the BDS movement is fighting Israel’s apartheid policies.

It’s almost as though he is saying “I know Israel is an apartheid state, but to fight it is worse because maintaining the Zionist reign is more important than any other human beings that may be affected by their crimes.”

Never mind that BDS is a non violent movement for peace, justice and equality that is used to peacefully force Israel to meet its obligations under international law. A tactic that was used to fight apartheid in South Africa and even then opposed by the British government under Margaret Thatcher.

How people in positions of power cannot even get basic facts and ethics right is disturbing, as though truth and justice

live in alternate realities. The following are just some of the laws and conventions that Israel violates and that the BDS movement is peacefully fighting against. To set it straight with Mr Gove , who is not only misguided to think he has any authority to speak on law and justice, but should perhaps be himself in prison for aiding and abetting one of the present day’s most prolific criminal States.

Laws Violated: Geneva Conventions IV, Article 49(6) (1949). It is illegal to colonize occupied land or transfer non-indigenous population to that land.

Illegal to take land by force and claim sovereignty:

Laws Violated: International Convention on the Suppression and Punishment of the Crime of Apartheid (1976). Link to fact sheets on Israeli Apartheid.

What is crime and who is the criminal

Apartheid is a crime under international law and is also listed as a “crime against humanity” in the Rome Statute of the International Criminal Court.

BDS on the other hand, is a non violent movement used exactly for the purpose of fighting crimes committed by the Israeli occupation, colonialism and racist policies which are in violations of numerous international laws and conventions. BDS is also a movement fighting against Israel’s war crimes and crimes against humanity. BDS is civil, peaceful and endorsed by the International Court of Justice.

As a non violent movement, it has been a huge success in advancing he democratic right to boycott or divest from unethical businesses that fuel Israel’s human rights abuses and brutal reign over the Palestinian people. It is a peaceful weapon that was used by the South African’s to topple down the apartheid state in South Africa. So far, BDS has caused a 46% drop in foreign direct investment in Israel in 2014. In 2015, Israel lost out on $20 billions in lost tenders and contracts from French corporate giant Veolia alone, after it sold off all it’s business in Israel as a result of a seven year BDS campaign. There were also French multinational Orange and Ireland’s biggest company CRH, which also exited the Israeli market last year following high profile BDS campaigns against their links to Israel’s occupation of Palestinian Land. All peaceful campaigns that have no doubt irked and panicked Israel and it’s Zionist supporters.

Israel is consistently reported to be in violation of international law and human rights, numerous reports have been submitted reporting of Israel’s war crimes. Yet, the UK despite agreeing that these violations are true, do not do anything to hold Israel accountable and worse still, do anything in their power to maintain Israel’s reign despite their crimes and impact on the Palestinian people. 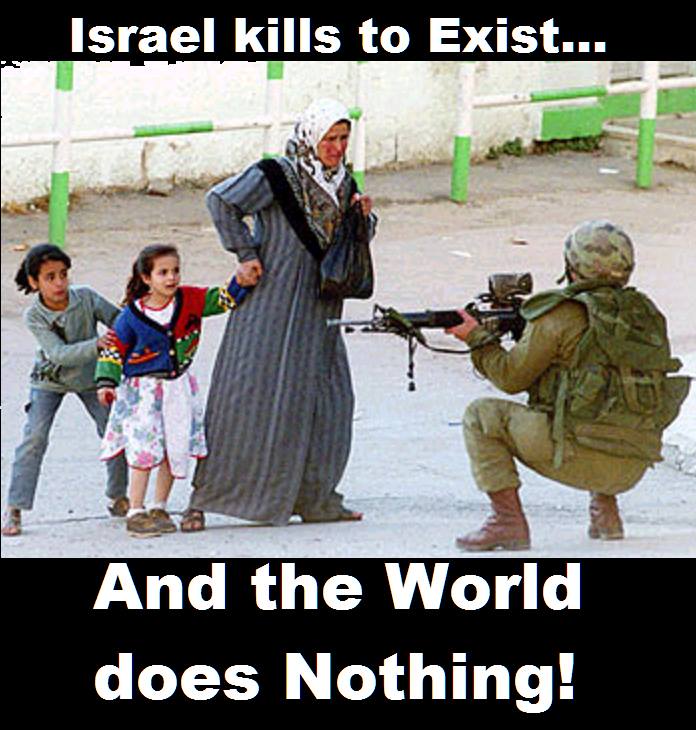 The UK is in fact profiting from Israel’s wars and systematic and institutionalised oppression of Palestinians in the West Bank in Gaza by engaging in a two way arms trade. The value of licences awarded for export to Israel amounted to £28,992,833 for dual (civil or military) use in 2014 alone. The same weapons that were used in a number of recorded war crimes and violations of international and humanitarian law against the Palestinian people, and maintaining the

illegal military occupation and apartheid.       As a civilian, I know that if I knew someone was committing crime and I was helping them and profiting from their crime, its unlikely I will be able to run away from the law and get away with it, the way our governments do. I wouldn’t stand a chance in court giving the excuses our governments do and would be held to full responsibility.

The UK contradicts its own arms exports criteria and regulations that prohibit the use of UK arms exports for internal repression, external aggression, or any other criminal behaviour overseas. Most importantly, the criterion which stipulates that the government should take into account the buyer countries “respect for international law”.

Meanwhile, the EU’s Framework Research programmes pour funds into approximately 46 Israeli arms companies for security research, funded by the European taxpayer. Participating companies including Elbit and Israel Aerospace Industries that are known for their deep implication in the Occupation of Palestine and supplying technology for the illegal apartheid wall benefiting almost £245m. 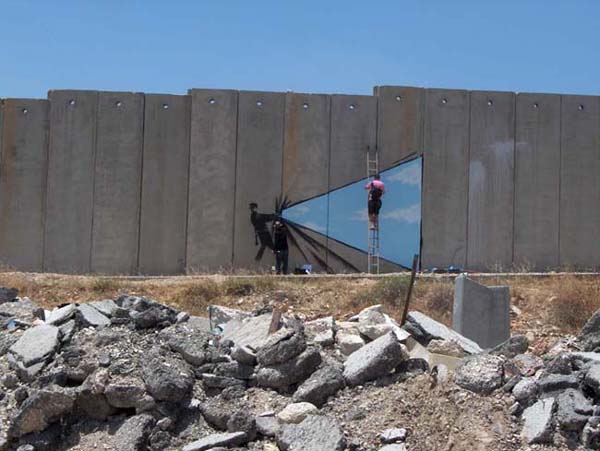 Michael Gove is responsible for EU and international business and judicial policy. Just how can he be fit for the role when he can’t distinguish what is lawful and what isn’t and then side with the criminals to fight against peaceful weapons used to fight crime? With what right does he even bring up crime and law into a conversation when he is a member of a parliament that consistently ignore its responsibilities to act in accordance to international law and human rights.

To compare a non violent movement to a crime against humanity is psychopathic. Just how far are the Zionists and Zionist supporters across the world willing in their quest for racial domination at any cost and expense of others? It is deeply disturbing.

All around UK support for Israel

This isn’t the first time that UK representatives have made abundantly clear their staunch support of Israel and war on the peaceful BDS movement instead of fighting the real criminals.

More recently, the UK failed to vote at the UN Human Rights council to establish a database of companies involved in illegal Israeli settlements.

The UK not only abstained, but lobbied heavily on Israel’s behalf with threats and blackmail to remove the paragraph. When the resolution was passed, the UK in a tantrum additionally abstained on the immediately preceding resolution concerning accountability and justice for all violations of international law.

If the UK is concerned with law and justice, why would it abstain from a resolution demanding accountability and justice for all violations of international law? It’s another notch on the hypocritical bedpost that the UK shares with Israel.

There was also the so called “ban on BDS” charade earlier this year when when the UK government announced restrictions on public bodies regarding ethical procurement, against their own Foreign Office’s Overseas Business Risk guidance and stance on the illegality of Israeli settlements. The sensationalist media made it look as though BDS is now illegal in a move that was described as a gift to Israel. This was an attack on local democratic rights and freedoms aimed to intimidate and bully councils and universities from excluding companies who commit violations of international law connected with illegal settlement activity.

Joint Enterprise and Guilt by Association

Gove is not alone and has the full backing of the UK government and the major EU leaders in defending and conspiring with Israel and it’s crimes, granting it complete impunity with no accountability for law and justice.  The UK and EU are not only indiscriminately siding with Israeli injustice, but act as an accessory to it’s crimes by being complicit and providing assistance to Israel in committing it’s crimes.

At least Gove is more honest on where he stands on the matter, instead of pushing papers and agreeing endless motions, laws and conventions that are not adhered to or accountable to solve this conflict. Zionists like Gove don’t care about anything other than serving their own interests. They are siding with the biggest criminals and yet again on the wrong side of history. At the same time they are trying to scare innocent people into falsely thinking that BDS is illegal or antisemitic, despite the fact that many Jews in the UK and worldwide support and campaign for the BDS movement and its objectives. It is abhorrent to call BDS antisemitic, considering the large stake Jewish activists and organisations have in denouncing and opposing Israel’s actions.

Governments often make this conflict more complicated than it needs to be. If only they would abide by law.

The BDS Movement demands are simple:

This is not unreasonable, its the lawful thing to do. Anyone who opposes these legitimate demands, and instead supports a regime that is internationally recognised to be a prolific violator of international law, is a criminal by complicity and association.

It’s very clear who is on the side of the law and who isn’t.  Not only should a peaceful movement of resistance be celebrated and encouraged amidst ongoing escalations of violence, but it would be correct for the UK and the rest of Europe to walk the talk and fulfil their responsibilities in accordance with international law. The sooner the better. Britain’s shameful role in creating and maintaining the Israeli-Palestine conflict, occupation, colonialism and apartheid is already too deeply imbedded in the wrong side of history. It’s really time to call the spade a spade and act on it. Just how much are the Palestinians supposed to take before it’

Bank Details for Donations to Football Against Apartheid

Breaking news: Is Blatter bending the FIFA to prevent sanctions against Israel less than a year after Israel  massacred 547 Innocent children sleeping in their beds, whilst it EXPELLED... Read More

By Batya Ungar-Sargon, The Forward, February 13, 2018 George Duffield Ever since the late 1960s, Israel has been a defining feature of American Jewish identity. But for the first... Read More