To ask the Foreign Secretary if he will make a statement on the decision of the UK Government to abstain from voting on the resolution of the United Nations Human Rights Council held on 18 May, calling for an independent investigation into recent violence in Gaza. 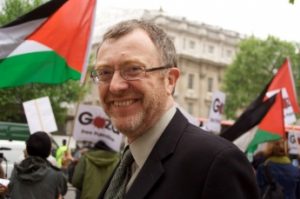 First, I thank the hon. Gentleman for his question. We abstained on calls for a commission of inquiry into recent violence in Gaza during the UN Human Rights Council session on Friday. The substance of the resolution was not impartial and it was unbalanced. We could not support an investigation that refused to explicitly examine the action of non-state actors such as Hamas. An investigation of that kind would not provide us with a comprehensive assessment of accountability. It would risk hardening positions on both sides and move us further away from a just and lasting resolution to the Israeli-Palestinian conflict.

However, the United Kingdom continues to fully support the need for an independent and transparent investigation into recent events. We call directly on Israel to carry out a transparent inquiry into the Israeli Defence Forces’ conduct at the border fence and to demonstrate how this will achieve a sufficient level of independence. We believe this investigation should include international members. We urge that the findings of such an investigation be made public, and, if wrongdoing is found, that those responsible are held to account. The Foreign Secretary stressed the importance of Israel conducting an independent investigation when he spoke to Prime Minister Netanyahu on 16 May. 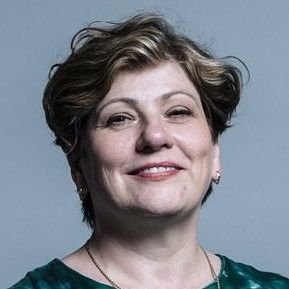 Thank you for granting this urgent question, Mr Speaker, and I congratulate my hon. Friend the Member for Birmingham, Northfield (Richard Burden) on securing it. I join him in welcoming the independent UN investigation into violence in Gaza. While we have already heard debate about the wording of the resolution agreed by the Human Rights Council, I have to say, as I did last week, that that debate is frankly immaterial as long as the objective of setting up an independent investigation is achieved.​ The issue today is why the British Government, which claimed repeatedly last Tuesday to support that objective, chose three days later not to vote for it.

The crux of that decision was made clear in the Government’s statement on Friday, which called for the Israeli authorities to be allowed to conduct their own so-called independent inquiry. If that sounds like a contradiction in terms, I am afraid we should not be remotely surprised. After all, this is the Government that say that Saudi Arabia should be allowed to investigate itself for bombing weddings in Yemen. This is the Government that say that Bahrain should be left to investigate itself for torturing children in prisons. Time and time again we see this: if you are an ally of the Government, you get away with breaking international law with impunity, and you are also allowed to be your own judge and jury, too.

Before the Minister gets up and extols the virtue of the Netanyahu Government, may I remind him of the last time that that Government were allowed to investigate themselves over an alleged breach of international law? In July 2014, four children were blown to pieces on Gaza beach while playing hide and seek in a fisherman’s hut. And the resulting investigation: a blatant piece of nonsense, full of basic untruths, exonerating the IDF completely and saying that the old fisherman’s hut was in fact a Hamas compound. That is what an independent investigation by Israel looks like. That, instead of an international commission of inquiry, is what this Government on Friday decided to support, and that is nothing short of a disgrace.

Knesset Meeting on Israeli Football, Committee on Education, Culture and Sport; 23 Dec 2009 The following is a Google Translation from the original Hebrew; The original minutes can be... Read More

I used to be one of those people who took issue with the label of apartheid as applied to Israel. Not anymore. Bradley Burston  Aug 17, 2015 2:23 PM... Read More

On Thursday 17 April Football Against Apartheid joined forces with the Palestine Solidarity Campaign (PSC) London Palestine Action, Inminds, and demonstrated against the G4S complicity in torture and death... Read More