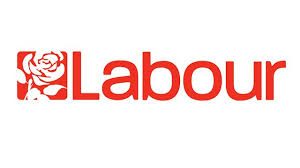 “No member of the Party shall engage in conduct which in the opinion of the NEC is prejudicial, or in any act which in the opinion of the NEC is grossly detrimental to the Party. The NEC shall take account of any codes of conduct currently in force and shall regard any incident which in their view might reasonably be seen to demonstrate hostility or prejudice based on age; disability; gender reassignment or identity; marriage and civil partnership; pregnancy and maternity; race; religion or belief; sex; or sexual orientation as conduct prejudicial to the Party: these shall include but not be limited to incidents involving racism, antisemitism, Islamophobia or otherwise racist language, sentiments, stereotypes or actions, sexual harassment, bullying or any form of intimidation towards another person on the basis of a protected characteristic as determined by the NEC, wherever it occurs, as conduct prejudicial to the Party.”

10.To those examples the Party would add the making of unjustified reference to the protected characteristic of being Jewish. This practice, often a disguised form of racism or racial stereotyping, is well-known in relation to other kinds protected characteristic. For example, well into the 1970s, media reports of alleged crime would routinely refer to the race of a “black” suspect when no equivalent reference would be made to the race of a white suspect.

11.Discourse about the state of Israel raises two issues that can cause particular difficulty in the context of deciding whether language or behaviour is anti-Semitic: Israel’s description (of itself, and frequently by others) as a “Jewish state”; and the use of the term “Zionism” and “Zionist”.

16.Discourse about international politics often employs metaphors drawn from examples of historic misconduct. It is not antisemitism to criticise the conduct or policies of the Israeli state by reference to such examples unless there is evidence of antisemitic intent. Chakrabarti recommended that Labour members should resist the use of Hitler, Nazi and Holocaust metaphors, distortions and comparisons in debates about Israel-Palestine in particular. In this sensitive area, such language carries a strong risk of being regarded as prejudicial or grossly detrimental to the Party within Clause 2.I.8.

Launch of Campaign to Stop Wales playing with Apartheid

On 28 December 2014 FAA launched its “Stop Wales from Playing with apartheid”  campaign,  calling on all Wales football fans, players and officials to commence the consultation procedure to... Read More

By Jonathan Cook The Labour Party, relentlessly battered by an organised campaign of smears of its leader, Jeremy Corbyn – first for being anti-Semitic, and now for honouring Palestinian... Read More