#IraeliApartheidWeek actions by Football Against Apartheid

Football Against Apartheid (FAA)  has kicked off its campaign with actions at three major events over the weekend of 25 & 26 Feb.    The campaigners against the  extreme form of racism known as “Apartheid”  kicked off the week at”The Bridge” as the Chelsea home stadium 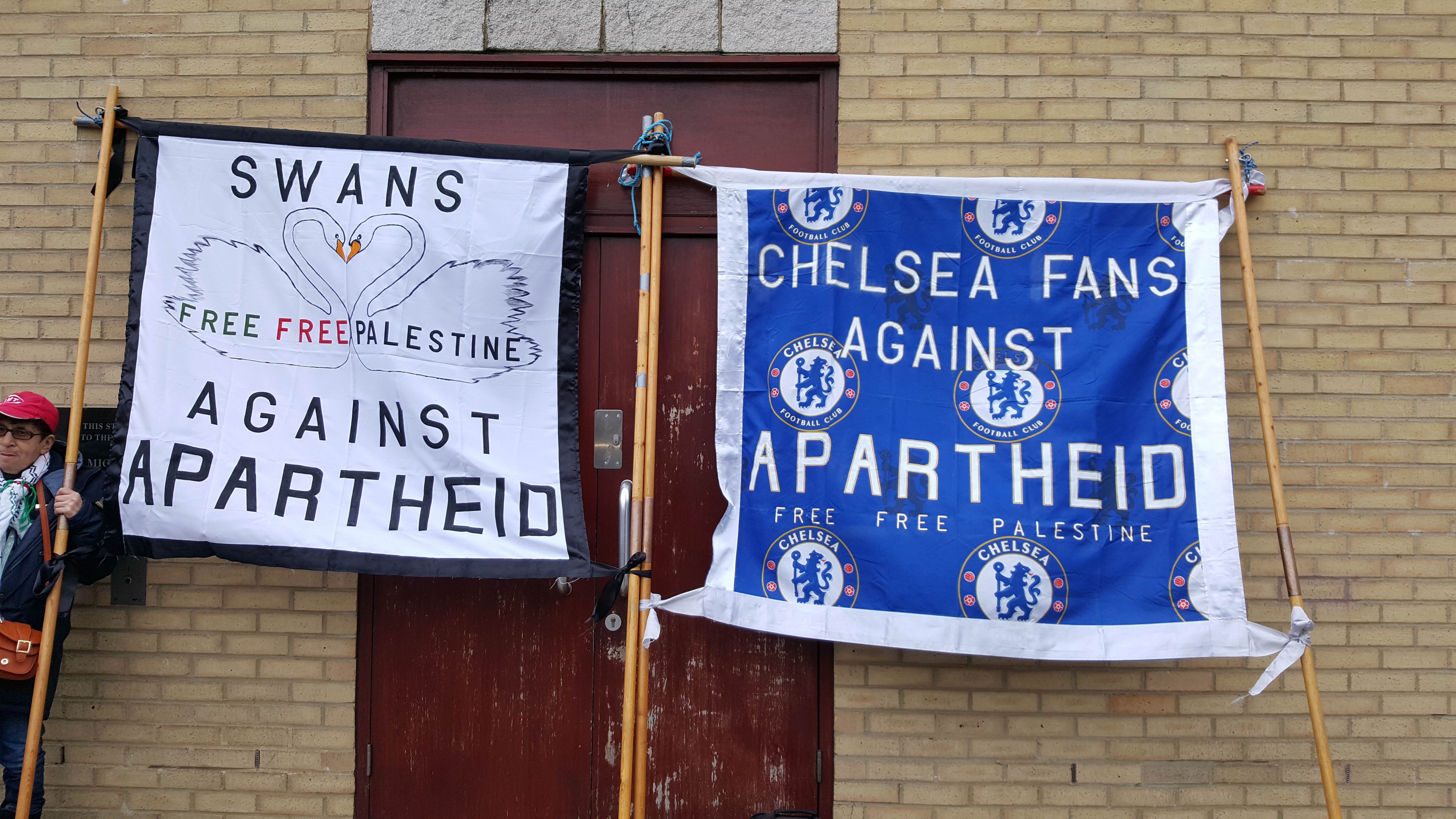 is known.  Some of the action is captured here on a cloudy afternoon which failed to dampen the spirits of the fans.

Sunday was a a busier day for the anti-apartheid campaigners with an early start at Tottenham, where “spurs” are enjoying one of their better seasons for many years and were in the runners-up position in the top league in English football.

Fans of both Spurs and Stoke City were happy to express their views about the Football Against Apartheid campaign here on video. 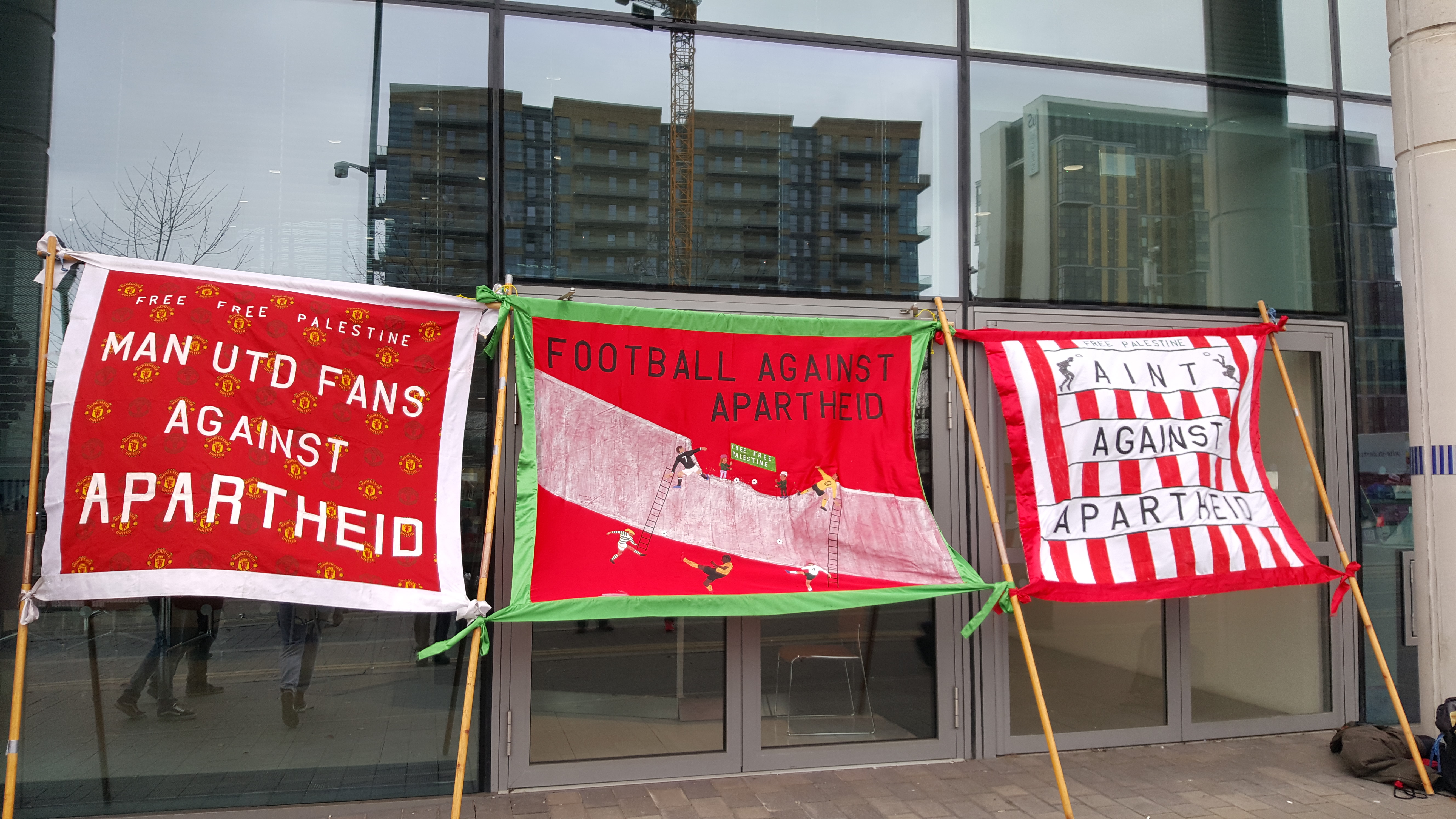 great reception from both Manchester United fans & Southampton Fans (The Saints)  and local residents alike who are so proud of their most multi-ethnic community in Britain with over 70 ethnic groups living together in absolute harmony.    The atmosphere was electric before the EFL Cup Final match, where there was no clear favourite other than the FAA campaigners, whose presence was welcomed by all.  Our video camera captured a few  words about #IsraeliApartheidWeek and the reasons behind their action. 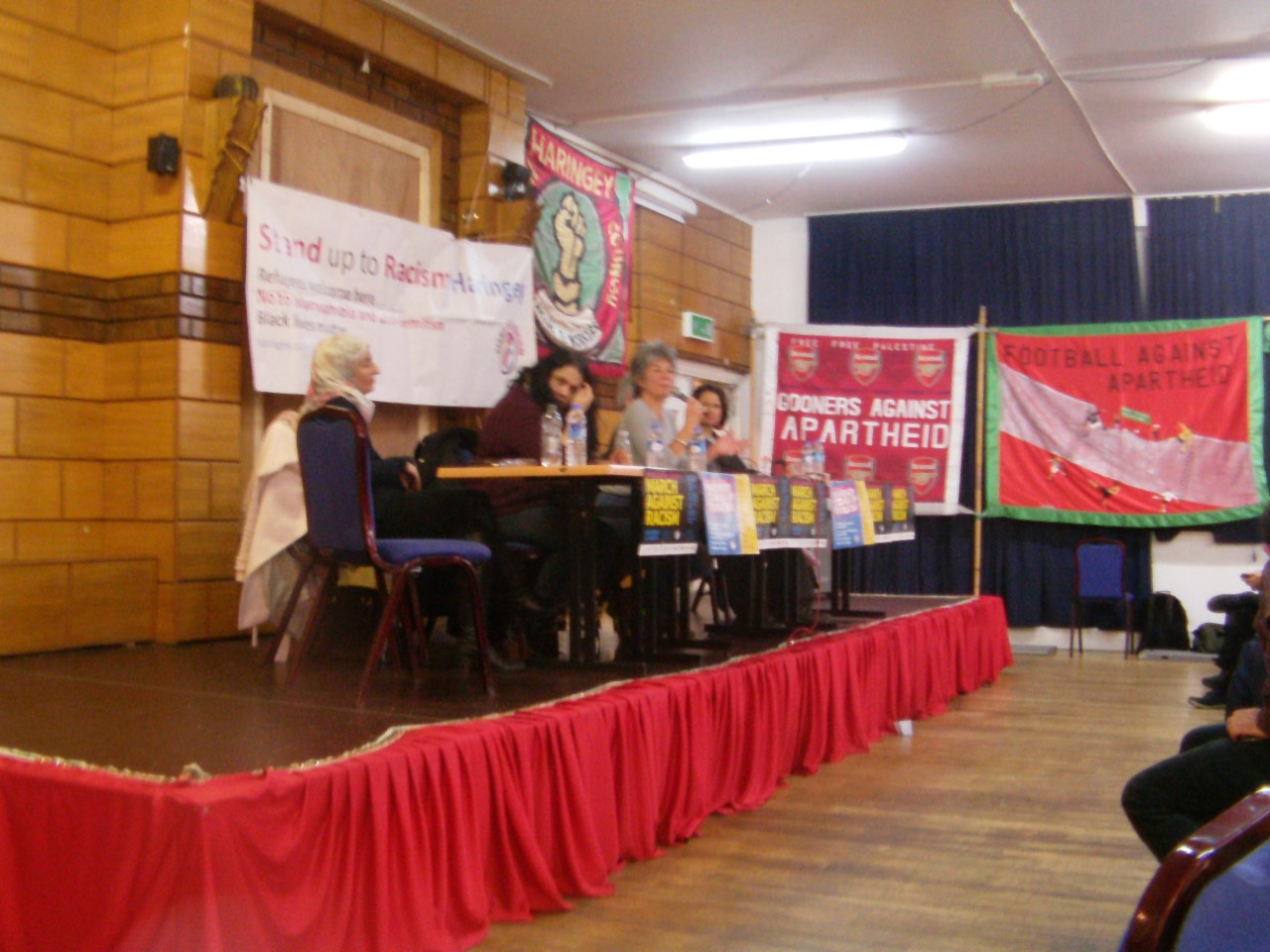 This is the Video of the Stand up to Racism event