Why lie to scupper EXPULSION of Apartheid in favour of ‘SUSPENSION? & Who benefits? 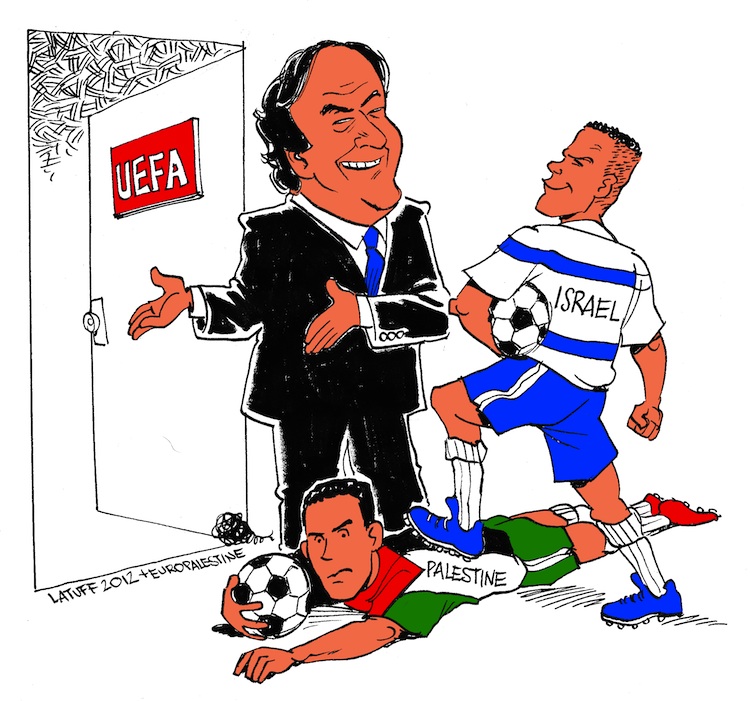 Football Against Apartheid (FAA) has expressed concerns about the call for SUSPENSION from FIFA as opposed to the straight forward call for EXPULSION as the anti apartheid movement EXPELLED apartheid South Africa in Montreal in 1976.

The current situation has more similarities to the SA situation that meet the eye.  Apartheid South Africa was rescued several times when it seemed that the anti-apartheid movement had finally EXPELLED apartheid SA from world football.     The dirty deeds that rescued apartheid for the racist white SA was lead by English man Sir Stanley Rous.    He was particularly nasty when he used his position as president of FIFA – the World controlling body of football – and like British Prime Minister Tony Blair who lied to get to war,  Rous lied to the assembled FIFA Congress delegates to prevent the vote to EXPEL apartheid South Africa going ahead.

Sir Stanley Rous used the “suspension card” to save apartheid SA and NOT end it, by ensuring that there would be no vote at the FIFA Congress on  EXPULSION.   Apart from Margaret Thatcher who we all know loved apartheid,  Sir Stanley Rous was the most consistent English supporter of Apartheid SA.

All serious campaigners against apartheid are aware that it was the EXPULSION of Apartheid South Africa from FIFA at its congress in Montreal in 1976 that heralded the beginning of the end of apartheid.       Those of us who were around in those days are proud of the work we did and it is disingenuous for anyone to claim that it was Sir Stanley Rous’s  treacherous “suspension card” that ended apartheid when the opposite is true – he and his ‘suspension card’ supported apartheid, whilst trying to appear like he disagreed with it.

Football Against Apartheid welcomed without reservation the call by Jibril Rajoub, Chair of the Palestinian Football Association in March 2014 for the EXPULSION of Israel shortly after the ruthless shooting and maiming of two youths.   FAA  have been concerned from the outset about the pressures on the PFA to “make concessions”, and reduce the call he made in public from EXPULSION to one of suspension.     The pressure for “suspension” came not only from the apartheid regime alone but from closer to home.

FAA  believe that Suspension even if by miracle were to be successful at FIFA Congress in two week time, on 29 May 2015,  it would only put enormous pressures on the PFA,  and would empower the FIFA Executive Committee who would then be able to supervise the suspension and even lift the suspension,  following some ‘negotiated’ concessions from Apartheid Israel, as happened in the case of SA.

The FIFA Executive is heavily weighted with pro Zionist European white men.    Of the 25 FIFA Executive members only one (4%) is a woman.  White male UEFA members who admitted Apartheid Israel to UEFA in the full knowledge that Apartheid Israel was EXPELLED from the Asian Football Confederation in 1974 for its racism abuse and ethnic cleansing of Palestine and Palestinian football.   UEFA has 300% as many reps as any other affiliated federation.

FAA were concerned about calls in England for “suspension” in opposition to Jibril Rajoub’s announcement in March 2014 of the PFA call for EXPULSION.    Expulsion would put Apartheid Israel in a position where it would have to PROVE to FIFA that it had ended is apartheid practices before FIFA would grand re-admission.  In other words apartheid pressuring or threatening the Palestinian Football Association would be useless as the power to grant  re-admission would rest with FIFA Congress and its rules of admission.

SUSPENSION would at best be temporary, and empower the FIFA Executive (where Palestinian support is weaker than at FIFA Congress)    Suspension would empower the apartheid regime, and like the Oslo accords go on indefinitely, (as in SA)  and enable more settlements and Israeli only football teams to be established on Palestinian land,  and provide “Arab friends of USA / Israel” with  “a third way” or get out of jail card,  during the FIFA voting.

Jibril Rajoub claimed  “SUSPENSION was a concession”, because according to Jibril Rajoub “Israel deserve exclusion.

The Palestine Football Association concession was clearly seeking reciprocation from Israel, which has not been forthcoming.   Suspension has serious and even life threatening disadvantages for Palestine.

The Palestinian Football Association is now aware that there is a campaign amongst football fans in many friendly nations across the world to EXPEL apartheid Israel from FIFA.     A resolution for EXPULSION may be tabled at the 2016 FIFA Congress by other football associations sympathetic to the cause of Palestine.    Rajoub may well be happy to leave the matter to his friends and supporters in international football to exercise their judgement as FIFA delegates did in 1976, when they EXPELLED apartheid SA.    As fair and reasonable judges of fair play, they will table the motion without the pressures and risks of retaliation or of further massacres (538 innocent children sleeping in their beds) such as occurred only 4 weeks after FIFA Congress in July 2014.

FAA call for a resolution to EXPEL be tabled for tactical purposes at the 2016 / 2017 Congress as a guide to which national football associations we will need to direct our resources at in order to win a majority at Congress in 2017/ 2018.    FAA’s realistic original objective for EXPULSION is Moscow 2018, remains in place,  but an excellent campaign could bring that forward a year or even two.

At a meeting in Paris on 02 November 2014, chaired by Professor Bassam Dally,  FAA won unanimous support for a realistic 3.5 year plan to EXPEL apartheid Israel at or before the 2018 FIFA Congress in Moscow.       FAA believes that is not just a reasonable target,  but a measurable target, with realistic mile stones along the road,  and the resolution to EXPEL will be moved by national football associations that are at arm’s length from Israel and its major supporters.

Since the inauguration of FAA 8 months ago, on 01 Sep 2014,  FAA started to organise as football fans at major clubs in England, Belgium, France, Scotland, Wales and Ireland, and groups of fans are preparing in Norway, Sweden, Argentina, and Italy.     FAA organise fans from rival clubs to unite in out campaign to have apartheid Israel expelled from FIFA.

FAA are looking for dedicated people regardless of talent of loyalty wishing to help EXPEL apartheid Israel from Football – to please get in touch by :

By Jonathan Cook The Labour Party, relentlessly battered by an organised campaign of smears of its leader, Jeremy Corbyn – first for being anti-Semitic, and now for honouring Palestinian... Read More

How Tory Britain deceived the Palestinians

One month after Britain’s declaration of war on the Ottoman Empire in November 1914, Zionist MP and Cabinet Minister, Herbert Samuel (Pictured right) met Chaim Weizmann, who was to... Read More